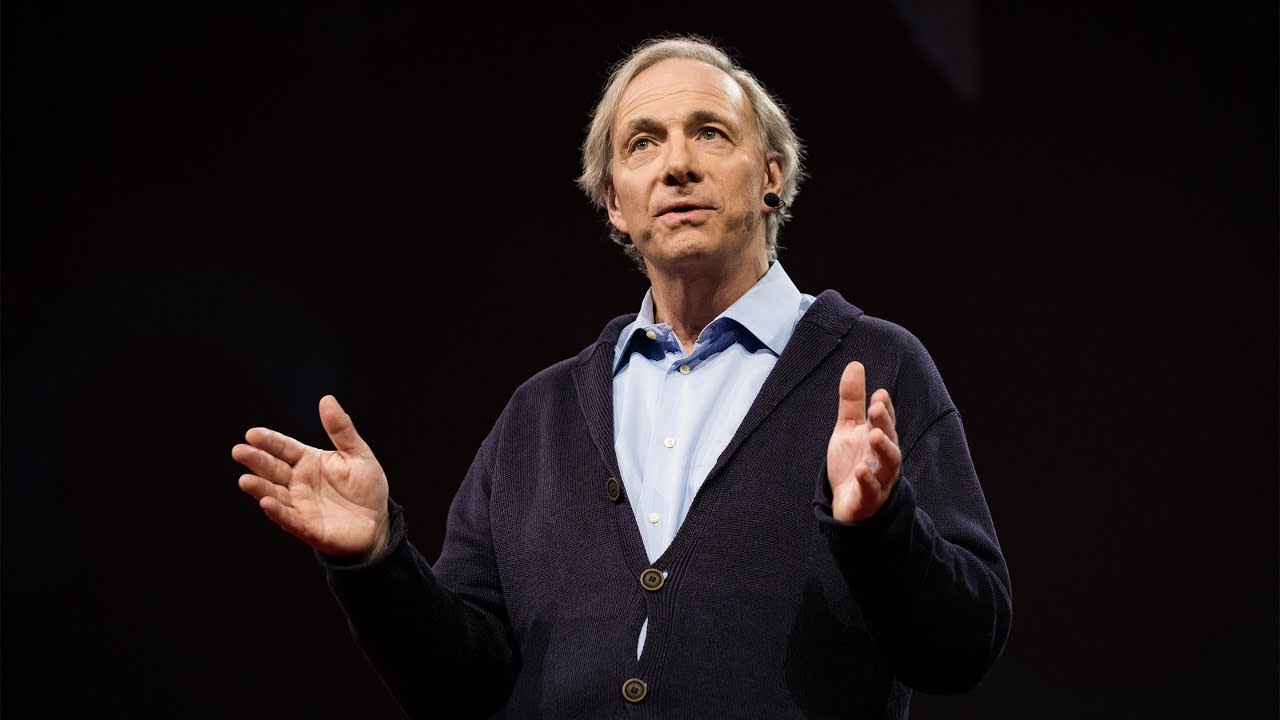 Ray Dalio is one of the most influential and successful investors of all time. His company Bridgewater Associates is one of the biggest hedge funds in the world with around $138 billion in assets under management.

On 8 Dec 2020, Ray Dalio took part in a Reddit AMA (‘Ask Me Anything’). Here are the highlights from the Q&A session.

Q. Hi Ray, Big fan of your series “The Changing World Order” on LinkedIn and how it explores the current “big cycle” trends related to the decline of the US and the rise of China. As I read through the series, I can’t help but wonder, “What should I do with this information?”

What actions can the average person in the US take to mitigate the potential negative impact of the changing world order on the country and on their own life?

A. Save and put your savings into a well-diversified mix of currencies, countries, and asset classes so that your savings will not depreciate in value and will be enough to help cushion the bumps.

Think broadly rather than narrowly about the environments that you might be in so that they are safe, satisfying, and economical. Pay attention to the patterns in history and how they compare with what is going on as a way of thinking about the possibilities. Do these things without being stressed. I recommend that you meditate.

Q. Your focus right now is clearly on the rise of China and your comparison charts paint a gloomy picture for the U.S., in particular the switching of the reserve currency.

My question is, do you think that it is too late for the U.S to course correct and maintain its status or is China pretty much guaranteed to take over at this point? If not, what needs to happen in the U.S to prevent the switch from happening?

A. Because of what we have done in the past, we have circumstances that we now face, which are much more challenging than if we did things differently.

The biggest question is how we behave ourselves as individuals and with each other to deal with these challenges. The capacity of humans to adapt and deal with problems is enormous if they approach their challenges in a united way—and smartly. I worry that we are our own worst enemies and/or that we collectively aren't willing to make the revolutionary changes that are needed to be on the best path for dealing with our circumstances. However, it is certainly possible that we can get on that path.

Q. If there was one thing you would tell your 21-year-old self (other than your life and work principles of course), what would it be? As well, what do you feel the U.S. needs to do to outpace China's growing economy/GDP? Maintain sufficient productivity growth? Keep more jobs in the US?

A. Everything important that I would tell my 21 year old self I've said in my books and in Principles for Success. However, in a nutshell, some of the most important things are about finding the right fit for you by learning about yourself and experimenting. Realize that you don't know anything about the second phase of your life, which you are about to enter.

It is completely different from the first phase, so be very open-minded to learning and don't be arrogant. Get mentors who are successfully further along in their journey to help give you good advice. Know that knowing how to deal with what you don't know is more important than anything you do know. Value mistakes as learning experiences. Realize that everyone has weaknesses, find yours, and learn how to work with others to get around them. Think about what you're optimizing for. Enjoy the adventure!

Q. With the Fed buying corporate debt, money being pumped into markets, and economic cost of lockdowns, do you believe current equity prices are “a house of cards” with higher inflation coming and what would you advise to hedge?

I described in my book "Principles for Navigating Big Debt Crises" which you can get free, the monetary policy that is going on now, which I call monetary policy 3 (MP3) and which is the central government borrowing a lot of money that the central bank prints to direct it to where they believe it needs to go.

I know that this is necessary now and at the same time know that not enough attention is being paid to whether this debt and money is going into things that will produce broad-based productivity gains.

As for stocks, they compete with bonds. With bond interest rates where they are, bonds are trading at roughly 75x earnings. With the amount of money out there, and cash being such a bad alternative, there's no good reason that stocks couldn't trade at 50x earnings. You get the idea. Just like you never might have expected bond yields to be at or slightly above 0% (unless you studied history), you might not be comfortable with these kinds of multiples for stocks. However, all investments compete with each other and where would you prefer. I would recommend smart diversification in terms of a) asset classes, b) currencies, and c) countries.

Q. Do you still adhere to the open and transparent communication of criticism as described by Adam Grant? What was the most awkward situation this has led to?

A. Absolutely! The big issue about radical truthfulness and transparency is to be able to do it within a community of trustworthy people rather than with people outside that community who will use it in distorted ways to inflict harm.

Radical truthfulness and radical transparency is meant to build understanding and to thrash things out to get at the right answers, and to build a community that is based on this. Without it, Bridgewater and I could not have succeeded and I believe that radical truth and radical transparency in pursuit of excellent work and excellent relationships is the magic potion to success. I also know that we are now in an especially vicious world in which distortions, (often by the media) rather than truth and understanding, can result—so one has to keep that in mind.

Q. I think it's clear that the inequality in this country has gotten too rampant and we have lost our ways as a capitalist nation. I believe you recognize that the central Bank stimulus has played a big role in this. Is Bitcoin a potential answer to this issue that the global new world fiat monetary system has caused?

A. I think that bitcoin (and some other digital currencies) have over the last ten years established themselves as interesting gold-like asset alternatives, with similarities and differences to gold and other limited-supply, mobile (unlike real estate) storeholds of wealth.

So it could serve as a diversifier to gold and other such storehold of wealth assets. The main thing is to have some of these types of assets (with limited supply, that are mobile, and that are storeholds of wealth), including stocks, in one's portfolio and to diversify among them. Not enough people do that. As far bitcoin relative to gold, I have a strong preference for holding those things which central banks are going to want to hold and exchange value in when they are trying to transact.

Q. There is a huge gap in the working hours between slow growing western nations (~35 hrs/week in Europe, ~42 hrs/week in USA) and the fast growing developing world, mostly Asia, where the working hours even in the likes of advanced countries like Korea and Japan regularly touch the 10+ hours a day mark in offices. Ever since '08, most of the western world has witnessed a huge fall in labour productivity levels and in some cases like the UK and Italy, it has only gone sideways.

Considering the renewed focus on remote working, work-life balance and the newly discussed idea about 4 day work weeks, will the Asian workplace culture converge towards their western counterparts or will the West lose out much more in the long run considering that 2/3rds of the world GDP will be concentrated in Asia in the not so distant future?

A. Of course how hard one works is an important consideration in determining one's productivity and big differences in that have big implications for competitiveness. However, what is most important is inventiveness—the capacity to get much more out of an hour's work. People often ask me how to make choices between work and life to get the right balance and I explain that the most important thing is to know how to get the most out of an hour so that one minimizes the tradeoff and gets as much out of life is as possible.

My fear, which is turning into a reality, is those countries that are working the hardest are also increasingly finding ways to work the smartest, which is hurting the competitiveness of those who are working less hours and less efficiently. I do believe that those parts of the world will do better for those reasons as well as because their finances are in better shape and they are socially and politically operating more harmoniously. This is apparent in almost every day. For example, look at the differences in COVID death rates. It doesn't need to be this way, but it is. It is up to us collectively to make the changes. if we don't want these outcomes.

Q. What are the biggest things people who ignore China are missing?

A. That it is a very civilized society that is doing extraordinarily well and is not consistent with the stereotypes that one might believe are true. It is by no means perfect (nor is any other country) and should be open-mindedly assessed based on evidence, rather than emotionally reacted against based on derogatory characterizations.

Q. Any advice with cattle futures?‍

A. You're touching a soft spot in my memory bank. I'm now too ignorant to tell you about things like cattle on feed reports, weight gains, and packer margins, let alone new stuff like how near-beef will compete with beef. It reminds me about how many interesting things there are to study the mechanics of and bet on.

Q. Can you provide a 30,000ft perspective on the financial markets and where they'll go? What's a good way to think about it? Are we in a bubble that won't pop? Is no interest rate the new normal for the decades ahead? Are governments just going to be ruthless deficit spenders forever?

A. We are in a flood of money and credit that is lifting most asset prices and distributing wealth in a way that the system that we've come to believe is normal is unable to, and that is threatening to the value of our money and credit.

Most likely that flood will not recede, so those assets will not decline when measured in the depreciating value of money. It is important to diversify well in terms of currencies and countries, as well as asset classes.

Internally, this is taking place in a politically and socially threatening environment, which will affect taxes, spending, and how we are with each other.

Externally, there will be greater competition, particularly by China. If done well, the competition will bring us better alternatives, and if done poorly, will bring us a terrible conflict. I want excellent diversification at this time.