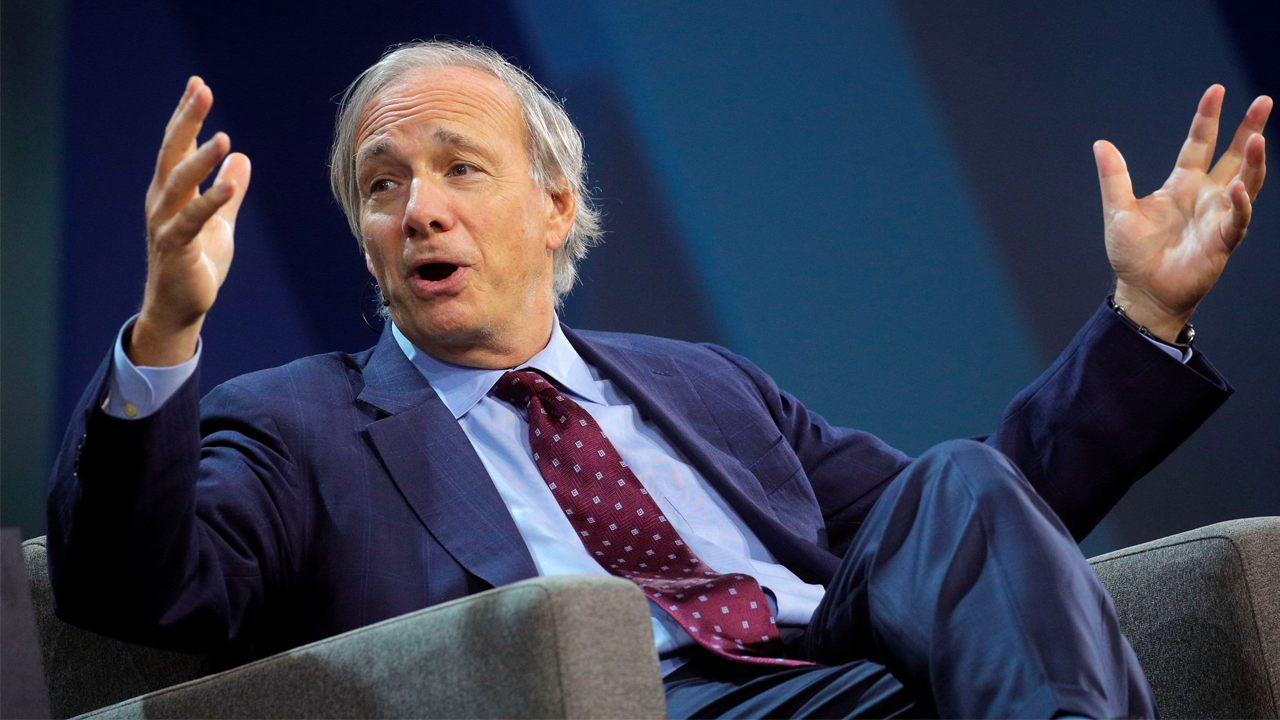 According to Ray Dalio, the biggest lesson that has been learned from the 2008 financial crisis, is the importance of monitoring the debt growth that causes bubbles.

In an interview with CNBC, Dalio explains that normal debt growth pays for itself. But, when you get into the bubble stage, everybody is borrowing a lot of money - extrapolating what happened in the past. This causes asset prices to increase.

Usually, central banks are not paying much attention at this stage because it does not affect inflation and growth. However, they should be paying attention and looking to see if those debts are able to be paid back.

Dalio has concerns for the economy over the next two years and compares the similarities to the debt crisis over the period 1935-40. During both the 1929-32 and 2008-09 debt crisis, interest rates hit 0%, the only two times it’s happened this century.

The only option from there is to print money and buy financial assets and this is what the central back did in both cases, therefore pushing asset prices up. This caused an expansion with the markets rising and contributed to a sizeable increase in the wealth gap, because if you knew financial assets you got richer.

It means that we currently have the largest wealth gap since that period. The top one-tenth of 1% of the population is equal to the bottom 90% combined. This has caused a rise in populism since capitalism is not working for most people, which has caused a social economic gap. The US is now entering a phase where it is beginning the tightening cycle.

The reason we have a recession is because we cannot have a perfect tightening cycle. This means, as the US is heading into this tightening cycle, we need to think about what the next downturn will be like.

There are going to be political and social implications because of populism. There will also be a less effective monetary policy because there are two types: Lowering interest rates, which we cannot do and quantitative easing, which has already had a maximised effect.

This means that the next downturn is likely to be different. Dalio thinks there will be problems with pensions and healthcare obligations, which are not funded.

The next downturn is likely to be more severe because of social-political problems, but it's less likely to be a big bang debt crisis. It’s more likely to be slower and more constricting along with having bigger international implications.

Tightening cycles are inevitable because there is never a perfect balance between lending and borrowing. Dalio’s opinion is that central banks should be able to have a freedom of action to respond to a crisis.

He thinks this would be better than using the playbook from the last crisis, as each one is a little bit different. We need to start thinking ahead of what future monetary policy may be.

In particular, Japan will need to find a way to get individuals to purchase financial assets and not just the central bank.

Dalio believes that there should be a national initiative to look at the parts of the population who are not benefiting from the cycle, such as those in education. There would need to be a way to increase opportunity and productivity.

Dalio says the rise of populism is not likely to have come from the communication of the Fed and government during the financial crisis, about why they bailed out banks and did not cap bankers’ bonuses. But that instead, it has risen due to individual experience and emotion.

The rise of populism also leads to international tensions among economic rivals, which we can see between the rising power China competing with the US. These tensions can be carried forward and can turn into conflicts in various ways. Dalio compares this to the Pearl Harbour attacks in 1941, in which Japan was then the rising economic power.

In Dalio's opinion, the current markets have a higher negative risk/reward. There is less cash on the side-lines and we have had the benefit from the tax cuts which is now behind us.

Projected returns on equities are also about right, in relation to cash and bonds. This leads Dalio to believe the upside is limited and you should have a more defensive asset allocation. He is not extremely concerned right now, but as time progresses the risk increases.

When asked what the Fed should do now, Dalio replied that it needs to be careful not to raise rates faster than the curve which is priced into all asset classes, as asset prices are very sensitive.

On the topic of China, Dalio believes that the current tariffs are not a big deal for China as they have a big economy and can handle it. The bigger problem for China is the type of relationship that they should expect to have, antagonistic or give and take. Dalio hopes we don't follow a path like Japan, where competition leads to antagonism.

On China's debt, Dalio believes that they will be able to manage it well as it is denominated in their own currency, much like the US. Corporate debt levels are high, but generally China’s debt is lower than the US.

A big positive for China is that they are restructuring before a crisis, unlike the US which does it in a reactive way. Dalio says there will be bumps and slower growth along the way, but he thinks that they will be able to manage their debt well.

On US debt, there is currently a squeeze emerging for debts, unfunded pension funds and healthcare liabilities. In a few years the US will be selling a lot more bonds to the rest of the world, which is a risk given the quantity of debt.

If you are interested in learning more about Ray Dalio and his story, check out our video here: