What is this ‘Repo Market’ that Everyone is Concerned About? 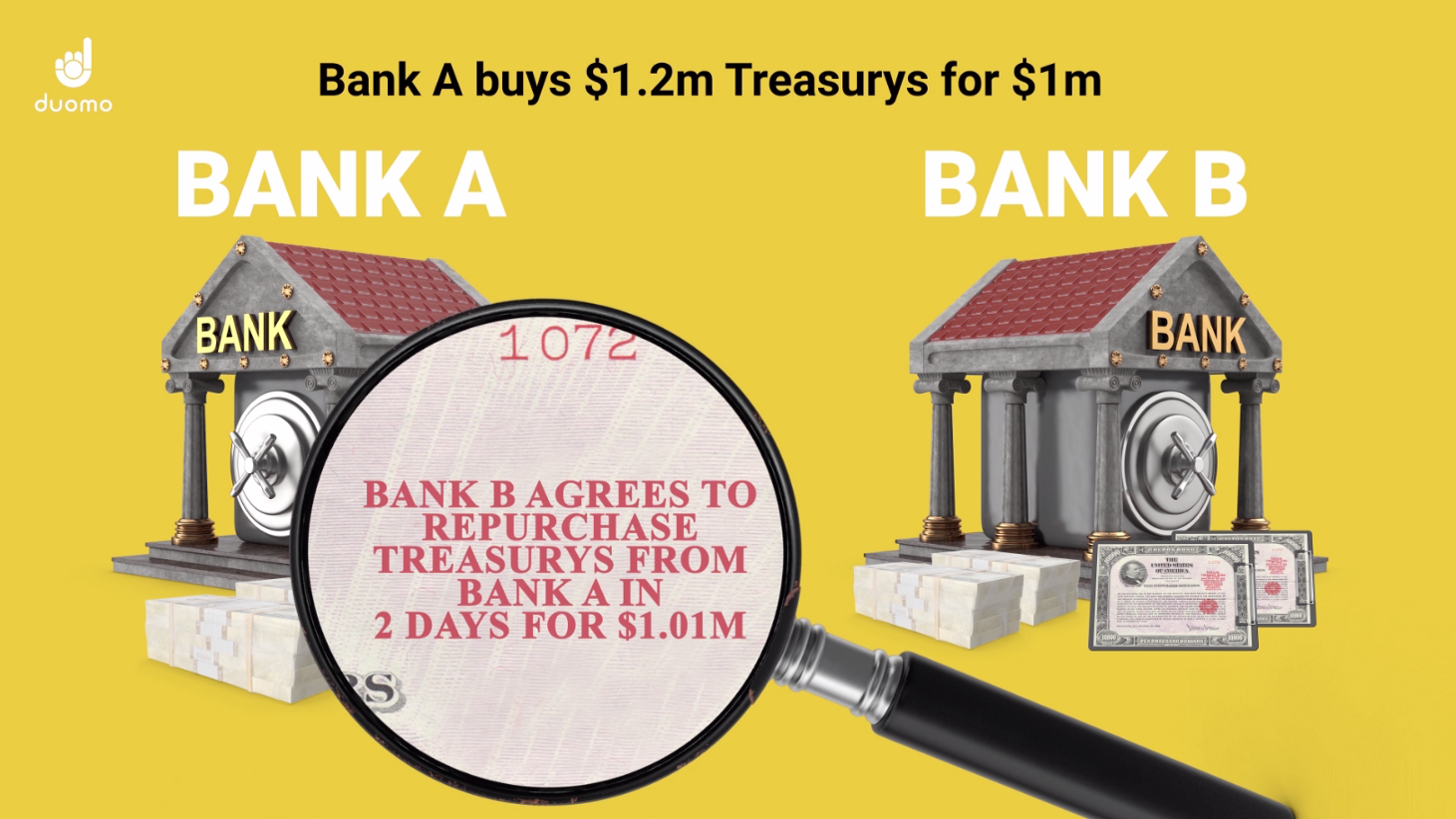 The repo market is often referred to as the plumbing of the financial system, and just like the plumbing in your home, you’re unlikely to think about how it operates each day until something goes wrong with it.

So you’d be forgiven if you had no idea just how vital the repo market was until you started hearing about all the issues with it in the financial news over the past six months. However, this is a market that has a turnover of $1–2 trillion per day, so...it’s pretty big!

Essentially, the repo market is like a huge pawn shop.

Let’s say you have Bank A, which is holding a lot of cash, more than they need, and you have Bank B that has some treasury bonds but needs to raise some money.

Since Bank B is repurchasing the treasurys for a higher price, the difference between the price it sold them for and the price it buys them back for is the equivalent of paying interest for borrowing the money. This implied interest is known as the repo rate.

In situations where there is demand for borrowing in the repo market, but not enough lending available, the repo rate will increase. This, in very basic terms, is what happened in September 2019.

It’s these transactions at a huge scale that allows the market to function smoothly. It allows financial institutions to obtain liquidity for their day to day needs and facilitates all kinds of trading.