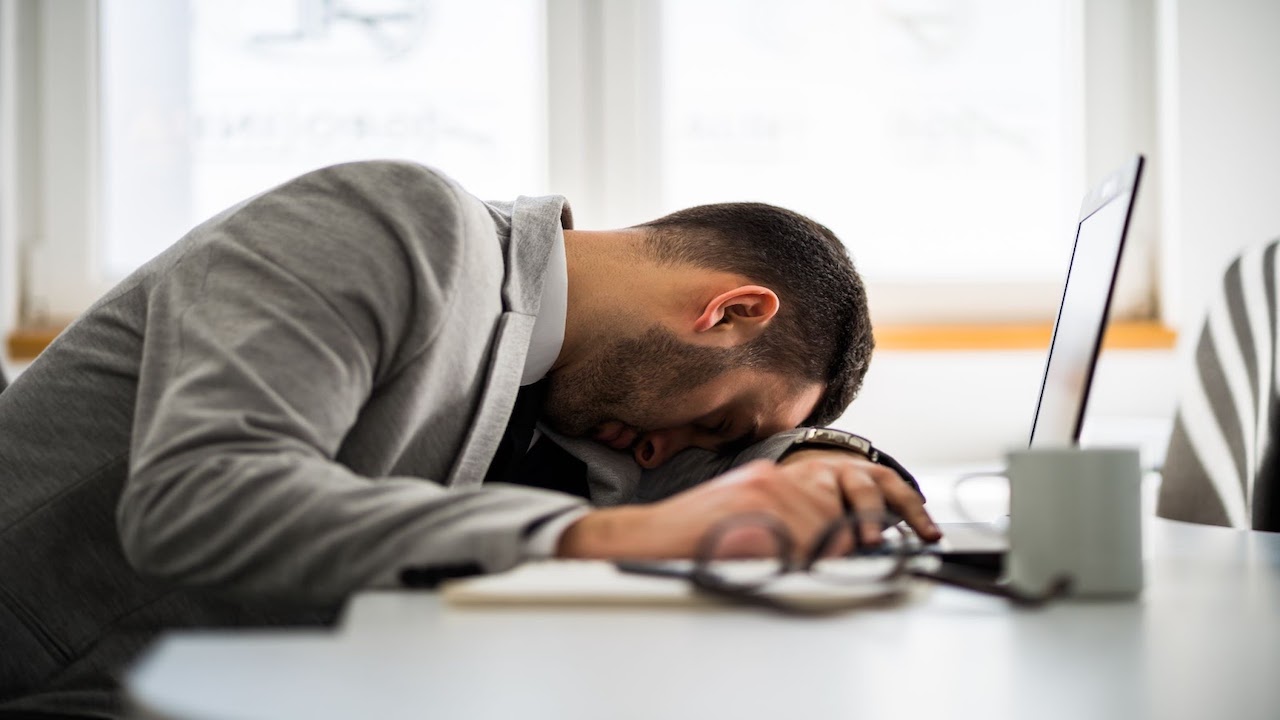 Lack of sleep is probably affecting your trading in ways you weren’t even aware of.

Everyone knows poor sleep can have harmful effects. It leads to more illnesses, worse overall health and deficits in cognitive processes like concentration, attention and memory.

Sleep loss can even lead the brain to start ‘eating’ itself, as astrocytes consume portions of synapses.

According to the CDC, about 35% of adults receive less than the recommended duration of sleep, which is between 7 and 9 hours per night.

“That’s OK”, you might think to yourself. “If I’m tired, I’ll just use caffeine and other stimulants”.

That’s a reasonable suggestion. After all, caffeine will make you feel more awake and vigilant, which will lead you to believe you’re performing at an acceptable level.

It’s been found that decision making and other aspects of cognition that are affected by poor sleep are unrelated to our awakeness or vigilance. So caffeine isn’t going to be a solution. The only possible fix is getting the right amount of sleep.

The Effect of Poor Sleep on Trading

Some of these negative effects significantly impact trading. How we assess and make decisions based on probabilities, risk and reward is disrupted.

Many studies have found that a lack of (or poor quality) sleep leads us to take riskier actions without necessarily realising we’re doing it.

Studies on risk-taking found that people who get the right amount of sleep are less likely to distort the probabilities of gains and losses, meaning they can make better financial decisions.

However, when those same people were sleep deprived, they became less worried about losses and shifted to strategies aimed at improving the size of the best gain in the situation, regardless of the risk involved.

One study found that sleep deprived people chose riskier options in a similar way to patients with medial frontal damage in their brain.

Considering that the first rule of great trading is to protect your downside, this is not a good trait to develop.

Why Does This Happen?

One theory states that lack of sleep leads to changes in dopamine transmission in our brain, which is involved in our reward system and motivation for actions. As dopamine levels increase in the striatum and thalamus to maintaining wakefulness, it  may also lead to an optimism bias being formed as a by-product.

Sleep loss also weakens the neural function of the prefrontal cortex, which is activated during decision making, cognitive behaviour and emotions. Research shows that less activation is responsible for irrational financial decision-making. This includes the disposition effect (the tendency for people to hold losing trades and close winning trades too soon) and buying during market bubbles.

Other studies have shown that people with poor sleep are more susceptible to ‘present bias’ where more importance is given to outcomes closer to the present. This includes actions that deviate from their system, like moving their stop loss or doubling down on a bad trade.

What Happens After Making a Mistake as a Result of Poor Sleep?

After losing a big trade as a result of poor decision making, you’d maybe expect that you’d beat yourself up about it and stop trading for the day. But according to the research, this doesn’t seem to be the case.

When you take a loss after poor sleep, there is a decreased activation in the anterior insula of your brain, which reduces your ability to learn from the negative consequences of risky behaviour.

Learning from disadvantageous decisions relies on processing emotions related to loss and regret. Sleep deprivation essentially leads to reduced disappointment in losses. This was shown in a study using the Iowa Gambling Task.

Participants were presented with four virtual decks of cards on a computer screen. They were told that each deck held cards that will either reward or penalise them, using game money. The decks differed in the balance of reward versus penalty cards. Thus, some decks were "bad decks", and others were "good decks". The goal of the game was to win as much money as possible.

So this double-headed problem of overvaluing rewards and undervaluing risk, while simultaneously being desensitised to losses and not learning from negative consequences, can be disastrous for traders.

But what can you do about it? Here are some tips for getting better sleep and improving your trading:

1 - No Screens Before Bed

Don’t look at your phone, watch TV or spend time at the computer in bed or near to your bed time.

(And especially don’t do what I used to do when I was younger and go to bed with the laptop open next to you so you can check open trades!)

Don’t have any trades open overnight where the time horizon is short enough that you may need to make decisions when you’re supposed to be sleeping.

If you’re like me, this will lead to you having restless sleep. You’ll keep waking up to check on the trade as if you’re looking after a newborn baby.

3 - No Caffeine Within 5 Hours of Your Bedtime

Caffeine has a half-life of 5 hours, so if you have a coffee at 5 and want to go to bed at 9.30, you still might struggle to sleep.

Using a sleep tracker will make you more aware of your sleep patterns.

I recommend one called Sleep Cycle. Sometimes it’s easy to assume you're getting enough sleep, but you might find something different when you check the app. It also has the added benefit of recording your snoring, coughing and talking - it can make for an entertaining listen!